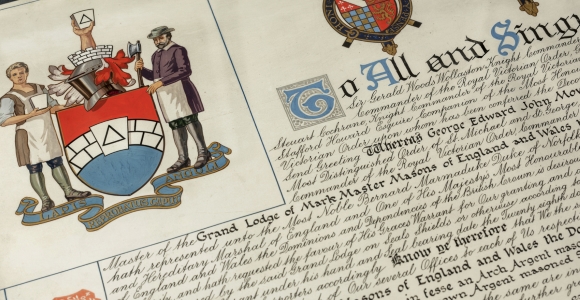 86 St James's Street is a Crown property and Grade II listed. At the time of its construction between 1862 and 1865, the building was described as "High Victorian". The property consists of seven levels which includes the lower ground floor and basement

On the ground floor it consists of four bays which are all arched. The right hand bay at the top of a flight of stone steps provides the main double doorway entrance. The windows on the first and third floors are arched including the four stone dormer windows on the top floor. Above the steeply pitched slate roof at each side stand two tall rustic banded chimney stacks. The main entrance leads to a panelled entrance hall and a free standing staircase, constructed from stone steps with an open well and cast iron ornamental balustrade.

There are three large rooms on the ground floor, two of which are used as Masonic temples and the other a Board Room. On the first floor there is a front dining room which overlooks St James's Street as well as St James's Palace. The rear areas on this floor are used for dining and day time meetings. On the second floor, there is a licensed bar at the front. The rear areas on this floor house two more Masonic temples. The third floor houses three dining rooms and two further Masonic temples. The fourth floor is occupied by offices. The seven Masonic temples were all dedicated on 30 September 1980 and are named Grand Temple, Brazil, Bristol, Hong Kong, River Plate, Warwickshire and Johann Gutenberg.

The site of 86 St James's Street has been used for public houses and private clubs since the early 18th century. In 1702, the building was home to Williams' Coffee-House, a popular venue for the literati of the day. In 1749 the premises became a tavern. Following several other landlords, Richard John Atwood took on the lease in 1774 and ran the premises as a coffee house and a club. In 1772 he established a club called Atwood's which counted the historian and freemason Edward Gibbon among its members. In 1785 the house caught fire and was destroyed, but was rebuilt the following year. By 1801 the house at 86 St James's Street had become a public house, and was advertised as a place “where gentlemen meet on purpose to play at Billiards”. After 1817 the Union Club was based here until the pub closed down in 1820, when the premises were taken over by Carey’s, the map makers. In February 1862 the building was demolished following a successful application to the Commissioners of Woods and Forests to erect a new building for a club House and chambers.

The present building at 86 St James's Street was built between 1862 and 1865 following a design by Sir James Thomas Knowles (1831-1908). From 1866 to 1869 it was occupied by the Civil Service Club with residential apartments on the upper floors. In 1870 the Thatched House Club became the occupiers of the premises and remained here until 1949. In 1950 the lease of 86 St James's Street was taken over by the Union Club, previously housed at 10 Carlton House Terrace which had been taken over for government use. In 1964, the Constitutional Club took over the lease and carried out extensive refurbishment. On 3 December 1977, The Grand Lodge of Mark Master Masons of England and Wales obtained a lease for a term of 99 years. The conversion works began on 18 February 1978 and were completed by July 1979. Mark Masons’ Hall was formally opened on 1 September 1979. 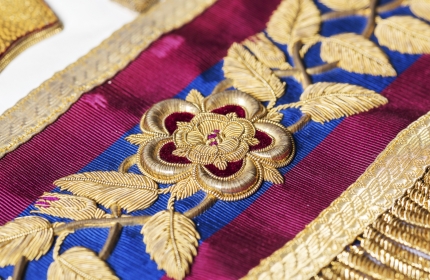 Masonic tradition informs us that, at the building of King Solomon’s temple, every Mason was provided with a peculiar mark. 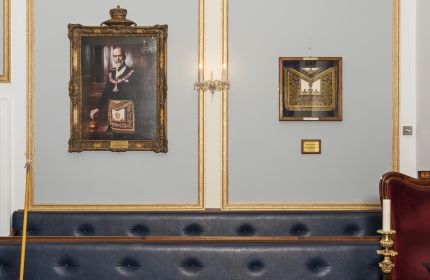 The degree is founded on statements relating to a period in the building of the Holy Temple prior to the death of Hiram Abif. 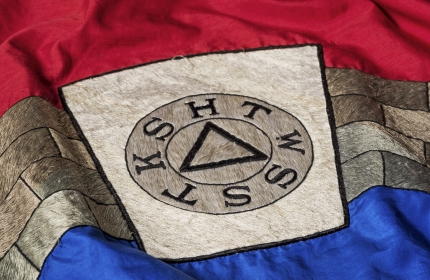 The symbol of the Degree of Mark Master Mason is a Keystone on which is engraved certain mystic letters.