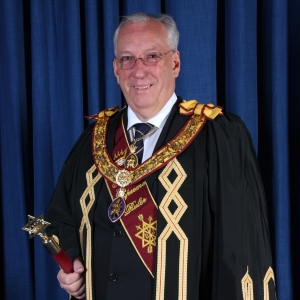 Order of the Secret Monitor

Address by The Most Worthy Grand Supreme Ruler 2018 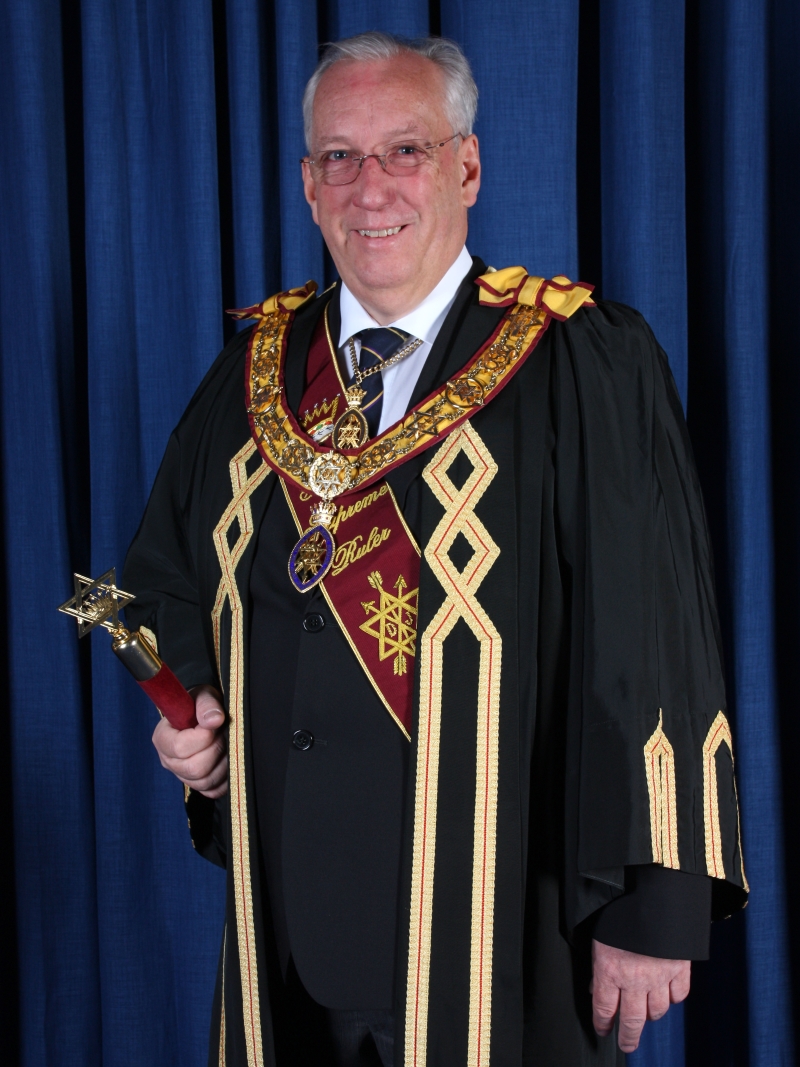 Very Dear Brethren all. It is very pleasing to see that so many of you are in attendance today to see your masonic friends and colleagues receive their well deserved appointments and promotions in Grand Conclave. To those who today finish their term as an active officer, I thank them for their contributions over the last year and for their many years of service to Grand Conclave and the Order in general. To those that have been appointed and promoted today I offer my congratulations, It is, as you know, a reward you for the hard work you have done for the Order over many years and as an encouragement to further promote and encourage participation by potential, new and existing members.

This last year has been relatively quiet for the Grand Conclave team. In November the Damon and Phintias Conclave was consecrated in Athens and my  sincere thanks go to R.Wy.Bro. Charles Aspinell for carrying out the consecration ceremony on my behalf on that occasion. In September a joint team of Secret Monitors and Scarlet Cord Companions went to Switzerland to Consecrate the Fraternitas Conclave No 629 and Switzerland’s their first Scarlet Cord Consistory. This now takes the number of unattached Conclaves overseas in the order to 23 in 14 different Countries. I have therefore asked The Dep,G,S.R. to undertake the role of making a closer links with these Conclave to try and help them feel more part of the Secret Monitor family. Part of this will include encouraging their past Supreme Rulers to become members of Supreme Rulers’ Conclave No 123.

In February R.Wy.Bro. Bernd Wegeroff was installed as Provincial Grand Supreme Ruler for Oxfordshire, Berkshire and Buckinghamshire following the retirement of R.Wy.Bro David Jesson. Congratulations Bernd. We thank David for his  contribution over very many years and wish him well in his constant health battles.

I will now introduce the heads of our other orders and the large number of brethren from overseas. Please could you contain you enthusiastic applause until I have completed the introductions.

Right Worthy Brother Paul Clement; Most Eminent and Supreme Grand Master of the Knight Templars. – and our Immediate Past Grand Supreme Ruler.

Right Worthy Brother Graham Flight; Grand Sovereign of the Masonic and Military Order of the Red Cross of Constantine.

Right Worthy Brother Michael Herbert; Most Eminent and Reverend Grand Master of the Grand Priory of Knights Beneficent of the Holy City of the Rectified Scottish Rite of England and Wales.

We are also pleased that a number of brethren have travelled from overseas to be with us today:

Finland – Wy.Bro Antti Ilmari Talvitie, Bro Timo Antero Majanen and Bro. Jussi Matias Touvinen – We welcome you and hope that it won’t be too long before we can come to Finland to consecrate a Conclave for you.

Brethren I am pleased to say that over last year the number of both members and memberships have increased but we need to keep in mind that for the continuing growth and success of our wonderful order we have to continually attract young craft masons and retain our existing membership. Mark Mason’s Hall have been addressing this generally across the orders over the last 6 months. The new website is now up and running and gives a much improved offering. A working party has been created looking at recruitment and retention in the Mark and this is being pulled together in the form a toolkit which will become a formal communications hub. The output from this and other working party initiatives will be shared across the Orders. Communication is one of the key objectives but it needs to be effective communication that has a positive result. Technology is playing an increasingly greater part in communications but needs to enhance the experience of brethren not replace the roles of brethren. As an example minutes used to be read at all meetings, and were generally heard by most members present. These have been replaced by minutes emailed out to all members. The result however is that most brethren, although receiving them probably don’t bother to read them. Likewise it somehow seems easier, due to the lack of personal contact, to send an apology on receipt of an emailed summons rather than having to contact the secretary personally to do the same. In the Secret Monitor with its emphasis on helping and supporting brethren and with the office of Visiting Deacon we are well placed to keep as high a level of personal contact as possible so that we can maintain the OSM as an inclusive Order.

Yesterday I was pleased to present to the Premier Conclave of Improvement a cheque from the Supreme Rulers Conclave to help raise awareness outside London. Whilst most of their meetings, held on the second Wednesday, take place at Mark Masons Hall over the next year they are holding a few in outlying Provinces and they are very keen to solicit support from across the Country by creating links with other Provinces to create a more developed support system. Their next meeting will be held at Saxon Hall, Essex on the 12 December which will be the first meeting outside of M.M.H.

The OSM benevolent fund is continuing to prove beneficial to Provinces through the matching scheme. You will see from the accounts that the fund stands at approximately £850,000. Donations are primarily made through the Provincial Matching process. We are able and keen to support more donations as the level of these are currently below our level of income. At the same time we would also be grateful for Provinces to contribute to the Benevolent Fund if they have monies which are not, at present, committed to other charitable causes.

I will finish by thanking the secretariat at Mark Masons Hall for all their continued support guidance and help in administering the Order for us all. I welcome Wy.Bro. Paul Merryfellow on his appointment as Assistant to the Grand Secretary and we all wish him well in his new career. I also thank and congratulate the Grand Director of Ceremonies and his team for the very efficient way they have conducted the proceedings today. Equally thanks go to my Arch of Steel, who, when called upon, always support.

I look forward to an exciting year ahead where we continue to develop throughout Provinces and also extend our hand of friendship across the world.