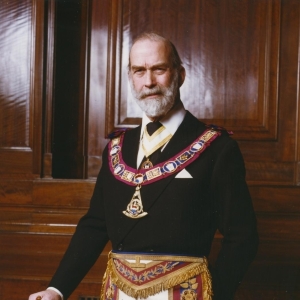 Lodges are attached, or moored, to Mark Lodges assuming their Number in the Roll and to be a member the Candidate has to have been advanced as a Mark Master Mason. There the similarity ends. In chronological terms it precedes the Mark by hundreds of years because it relates to the building and voyage of Noah's Ark and the Great Flood and has none of the other characters that we meet in Freemasonry. 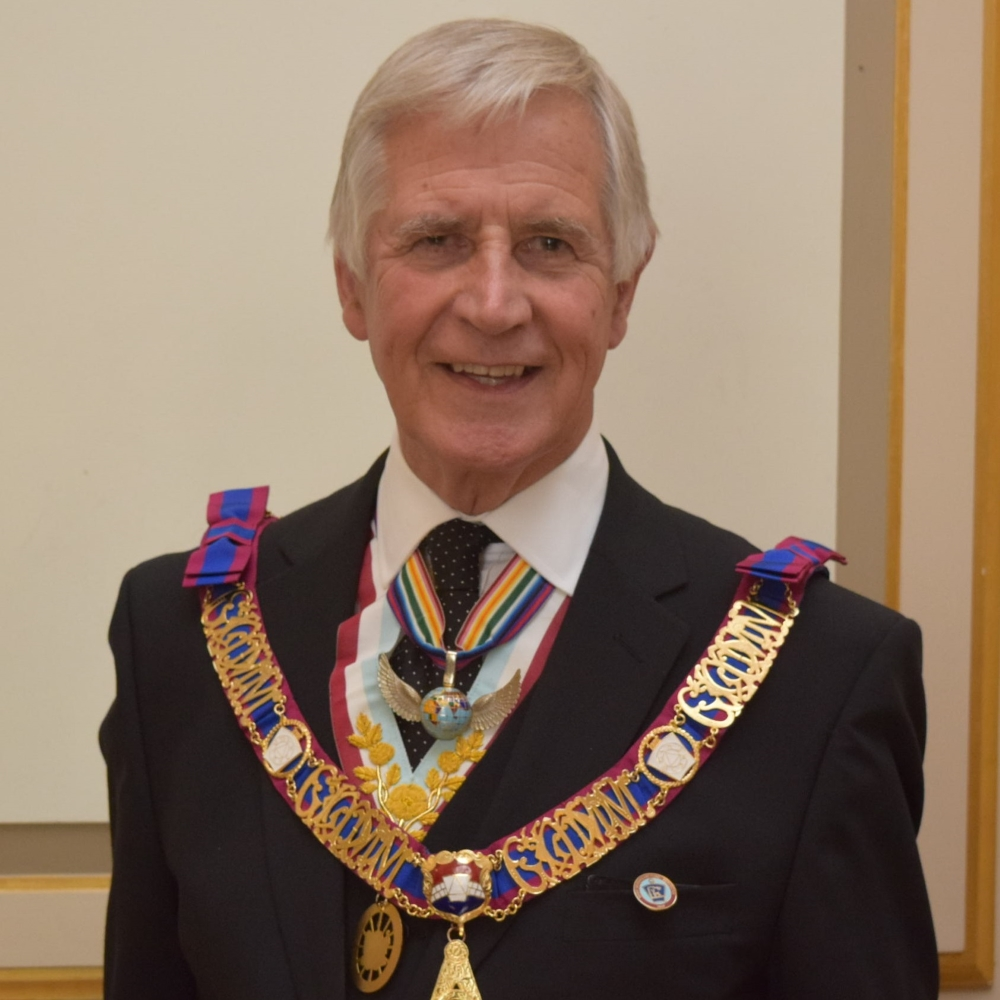 Brethren, it is a great privilege, delight and pleasure to have the honour to preside at today's meeting, to welcome so many to this Grand Assembly of Royal Ark Mariners. The Grand Secretary tells me this is one of the best attended Grand Assembly meetings and that indicates that support for this delightful order in our Masonry is stronger than ever.

Before proceeding further it is my duty to bring you fraternal good wishes from our Most Worshipful Grand Master. His busy schedule prevents him from being with us today but he is always aware of our proceedings and his interest is as strong as ever. He has been with us on several important occasions during this year and we are indeed most fortunate to have him as our Most Worshipful Grand Master.

This annual meeting of our Order is important, but to more than 150 Brethren who have received appointments to Royal Ark Mariner Grand Rank, most of whom have been invested today, it marks a most significant milestone in their Masonic life.  They have shown their dedication to Masonry in general and to this Royal Ark Mariner Degree in particular and have succeeded in extending their Masonic knowledge so successfully to have warranted their appointment to Grand Rank. Congratulations to all of you and it has indeed been my great pleasure and privilege to have invested you today.

All of you who have received preferment should rightly be proud of your achievement and here in this Grand Assembly, in your Provinces and in your Lodges your appointment to this high office will rightly be recognised. I hope however that having achieved such high office your dedication will not diminish but that you will continue with your commitment to this Order and will encourage others to follow in your footsteps.

Last year I mentioned that because it is such a long period between the meetings of Mark Grand Lodge in September to the following one in March, it was my intention to report on various administrative developments that have happened. I intend to do that again this year.

Back in September the new website was launched to great acclaim offering users enhanced functionality and improved levels of information. The constitutions and regulations are now viewable online and all administrative forms can be downloaded as fillable PDFs. Online dining booking is being trialled, testing has been successful and we expect this to be rolled out for all future Grand meetings in all the Orders commencing with the March Communication of Grand Mark Lodge.

A Provincial Grand Charity Stewards’ Seminar was held in October, the first event of its kind and followed on the success of the Provincial Almoners' meeting held earlier in the year. Both these event are part of the Secretariat's on-going commitment to improve communication and engagement. Feedback has been very positive and further, similar events are planned for next year.

Not to be left out, there was a Provincial and District Grand Master's Seminar held in October with representatives from 40 of the 42 Provinces as well as 6 Overseas Districts. The Seminar was a day packed with topics ranging from our future strategy, Grand Ranks, Data Protection and Masonic Discipline. It is intended that this will be repeated on an annual basis.

Charity and our own Mark Benevolent Fund is something very special to me and something I, and I hope you, are very proud of. Several significant grants have been approved to worthy causes recently. These include £84,800 to Haven Hospices to fund the purchase of 16 specialist beds in their new premises.  £85000 was granted to the Addenbrookes Charitable Trust for the purchase of a Lararoscopic Surgical Kit to assist with keyhole surgery for over 100 new born babies every year.  £68000  for a new mobile treatment unit serving homeless people in the Brighton area and £9,950 to the Tŷ Hafan Hospice to purchase 2 cuddle blankets for end of life situations involving babies and young children.

I also hope many of you have been involved when the Blood bikes and the new St. John Ambulances have been handed over in your Provinces. I have been present on several of these occasions and have felt a great sense of achievement and pride at what your charity is achieving.

It is now my pleasure to welcome on your behalf our distinguished visitors and members from our Districts overseas:

Firstly I welcome Heads of other Orders:

R.W.Bro. Paul Clement, the Most Eminent and Supreme Grand Master of the Great Priory of the United Religious Military and Masonic Orders of the Temple.

R.W.Bro. Kessick Jones, Grand Master of the Grand Council of the Order of Royal and Select Masters.

R.W.Bro. Andrew Sweeney, Grand Supreme Ruler of the Grand Conclave of the Order of the Secret Monitor.

R.W.Bro. Thomas Jackson, Grand Master of the Grand Council of the Order of the Allied Masonic Degrees.

R.W.Bro. Michael Herbert, Past Deputy Grand Master, Grand Master of the Grand Priory of the Knights Beneficent of the Holy City.

W.Bro. Ian Currans, here at Grand Assembly for the first time in his capacity as Grand Summus of the Grand Senatus of the Ancient and Masonic Order of the Scarlet Cord.

Grand Director of Ceremonies would you please escort Bro. Currans to me please so that I may invest him with the jewel of the G.M.R.A.C.

Brethren, we welcome from overseas:

From Bahamas and Turks:

W.Bro. Reinaldo Rozzatti, another who received his Grand Rank today and has been accompanied by

Thank you for making the long flight to be here today

W.Bro. John MacKinnon and four other members of the District,

from South and East Caribbean:

R.W.Bro. Stephen Cobham, District Grand Master who is accompanied by the ever present

W.Bro.s Ian Crawford (another of last year’s recipients) and Vicente Valero, who are supporting three recipients

And two Most Worshipful Brethren whose advice and wisdom I much appreciate and value, two of our Past Pro Grand Masters

I also bring best wishes from our third Past Pro Grand Master, MW.Bro. Richard Wallis, who is recovering from an operation but send his best wishes and his intention to be present at the March communications of Mark Grand Lodge.

We have present 40 of our Provincial Grand Masters together with 4 District Grand Masters - thank you all for your support and for the management, leadership and dedication you provide to our Provinces and Districts.

Brethren, always here and always supportive we have an abundance of Past Provincial Grand Masters spread about on the dais behind me. Brethren we will include them in your very warm welcome and appreciation of all those I have just introduced.  Brethren please show that appreciation.

Before I close this meeting I wish to thank the Grand Secretary and the team, both male and female, from Mark Masons Hall. Not just for their work preparing for today’s meeting but for their sterling service and dedication over the past year. A particular welcome to Bro. Paul Merryfellow, recently appointed  as an Assistant Grand Secretary on the retirement of Jon Robert.

My thanks also go to the Grand Director of Ceremonies and the Deputies, both past and present for their work today and for all the support they have given to me, to the Deputy Grand Master and the Assistant Grand Master. On the official visits which takes a Grand Lodge team all over the country, all of them, together with all the other active Officers of the year give such dedication and commitment supporting us on our visits. It is very much appreciated.

Brethren it has been an enormous privilege, delight and pleasure to preside at this meeting of Grand Assembly. Thank you all for your presence and support, I shall end by once again congratulating all who received preferment today.

On behalf of myself, the Deputy and the Assistant Grand Master we do wish you and all your families a very happy Festive Season, and may the coming year be a healthy, peaceful and enjoyable one for all of us.

Thank you and may God bless you all.

For further information about our charities, as mentioned in this Address, please use the following links: 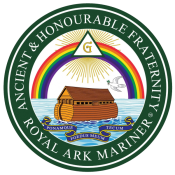