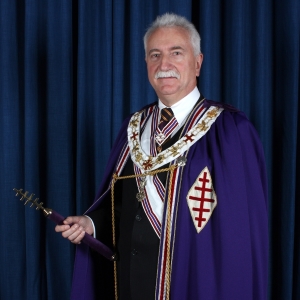 Address by The Most Illustrious Grand Sovereign 2017 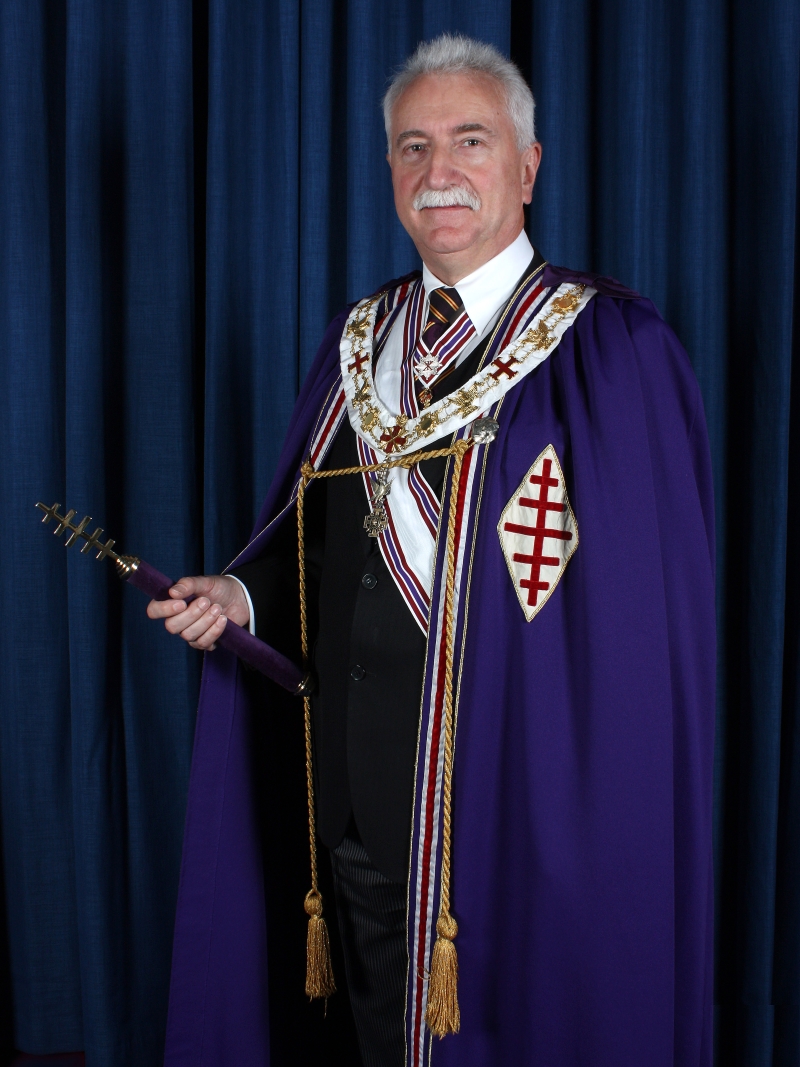 Firstly, my thanks to you all for attending this important meeting of our Order today. I hope you have found the meeting so far interesting and rewarding.
The Grand Team has been very busy during the last year with the appointment and enthronement of seven new Intendents-General.

On 15th October 2016, James Munro was Enthroned as Intendent-General for Cheshire, following the retirement of Christopher MacDonald who of course remains President of my Council.

On 22nd October 2016, Alan Beckerton was Enthroned as Intendent-General for Derbyshire following the early retirement of Peter Salt, who I have had the pleasure of Investing today as a Knight Commander of Constantine.

There have been no new Conclaves Consecrated in the last year, but I am hearing murmurings for a possible Consecration on the Island of St Lucia, which Worthy Knights you will understand, will almost certainly receive my full approval.

It has been a continuing pleasure to visit Conclaves both at home and abroad, and my visits this year have included Finland, Greece and Italy, where I have been extremely well received and able to take your best wishes to those meetings.

Worthy Knights you will have seen in the Order paper for today’s meeting, a summary of the finances of the Grand Sovereign’s Care for Children Fund. This includes a further £22,000 received and as I explained last year, a substantial distribution of over £55,000 from this Fund in celebration of the 150th Anniversary of our Order in 2015.

Worthy Knights, I would ask you to continue to consider this Fund in your Conclaves and Divisions as there can surely be no better use of the Fund than continuing to give support to organisations that care for children with life threatening or terminal illnesses as well as support for their families.

I congratulate all those Worth Knights that I have appointed or promoted today in Grand Conclave. This is an important day in your Masonic life, and for those who have come to support your preferment, and as always, I would gently remind you that whilst these honours may be derived from past service, they also bring a responsibility to continue to support your Conclaves and your Divisions.

I have reappointed my Deputy and my Grand Eusebius and I thank them both for their support, advice and encouragement during the last year, even those occasions where the advice was freely given, even if not requested.

I would also like to thank Very Illustrious Knight Angus Hannigan who has served as my Grand Recorder since 2015 and who has now retired from that Office.

Angus has been a great servant to the Order over many years and in wishing him well for the future, I express the same sentiment to his successor Ryan Williams, who I look forward to working with in the years to come.

I would also like to thank my Grand Officers of the last year for their support and to my Grand Sepulchre Guard for being with me on all official occasions and adding their special contribution to our proceedings.

Worthy Knights, we have, through your continuing support, a thriving and successful Order of Christian Brotherhood. It has been my honour to serve you and the Order for the last year and I look forward to a further year of working with, and meeting, as many of you as possible in your Conclaves and Divisions.

God bless you all Worthy Knights and in the anticipation that the new Grand Recorder has no further business, we may close Grand Imperial Conclave and move to refreshment.