Centenary Celebration for Pentangle Lodge No. 682 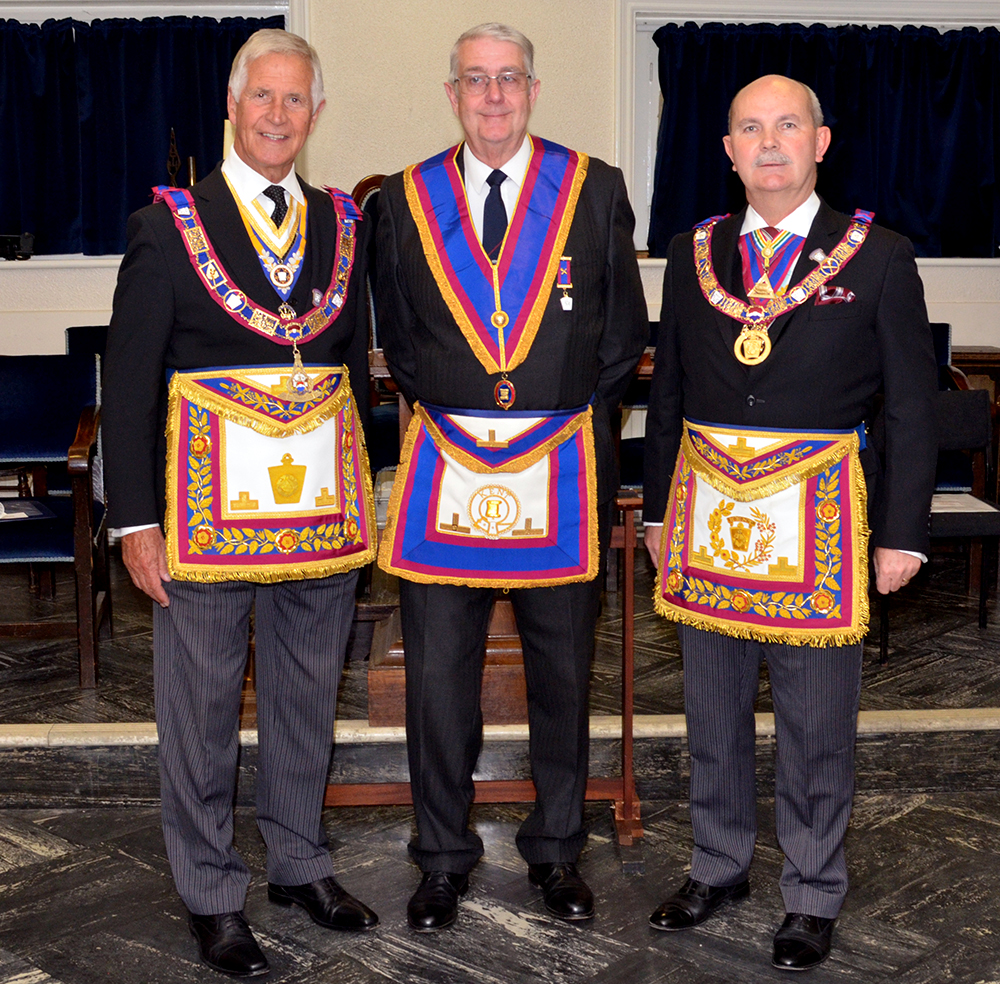 The Medway town of Rochester in Kent played host to the Pro Grand Master on Thursday 23 July when he visited Pentangle Lodge No. 682, to join the Brethren in celebrating the Lodge’s Centenary. This was once familiar territory when he was at boarding school here and M.W.Bro. Raymond J. Smith was pleased to share some of his memories of time spent in the town (which was once a City) during his opening remarks.

After the meeting the Brethren gathered in the dining room to settle down to a five course feast which echoed that which the Founders had enjoyed at the Consecration. 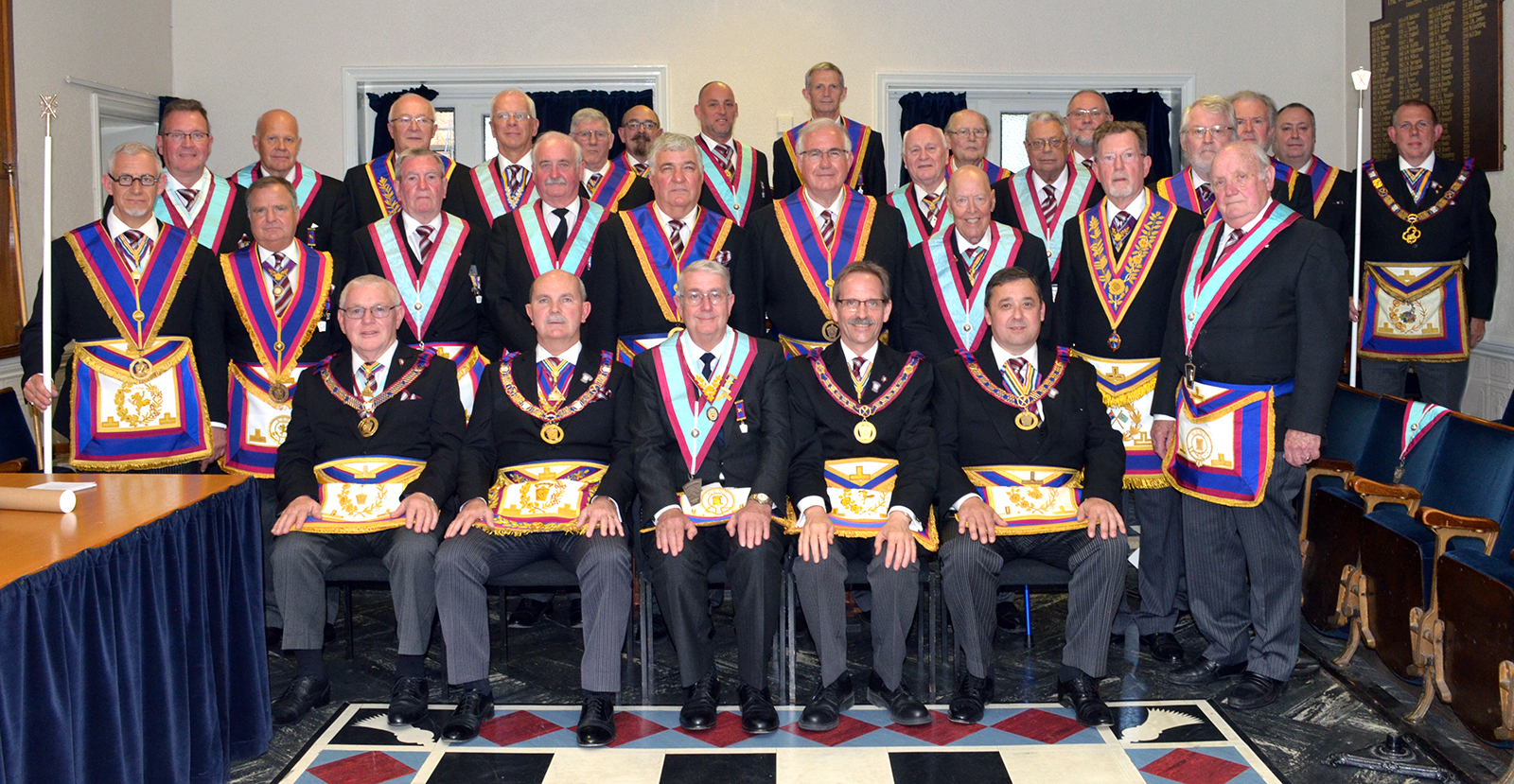 Bottom: Brethren of the Lodge and Province