Mobile Treatment Vehicle to the St John Ambulance for Buckinghamshire 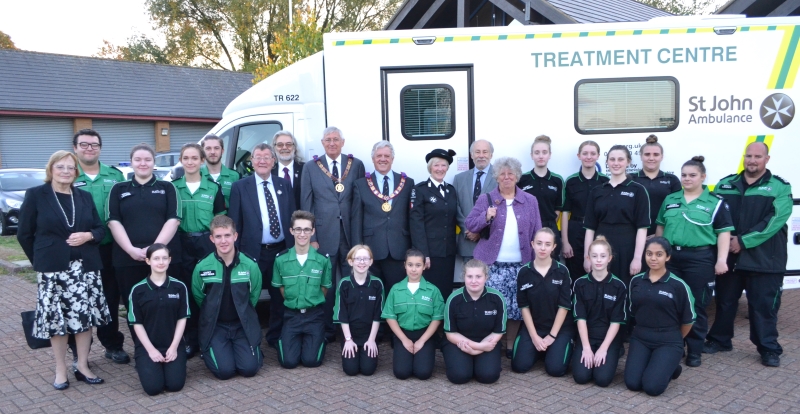 On Wednesday I was privileged and pleased to present the new Mobile Treatment Vehicle to the St John Ambulance for Buckinghamshire at the Sir Nigel Mobbs Centre in Milton Keynes.

It was a great pleasure and honour to be welcomed and thanked by Elizabeth, the Countess Howe DL, Past President of the Order in Buckinghamshire.

The event was well attended by members of the Mark Province of Buckinghamshire including my Deputy PGM, W.Bro Keith Bristow and other senior officers of the Province, together with a large contingent of members, former members and cadets of the St John Ambulance.
The vehicle was dedicated by the Vicar of Wolverton the Revd Gill Barrow-Jones and I had great pleasure in handing over the keys to the senior active officer.

In thanking the Mark Benevolent Fund it was announced that the vehicle would be put into instant use the following day.
On completion of the ceremony the assembled company enjoyed refreshments provided by the centre.